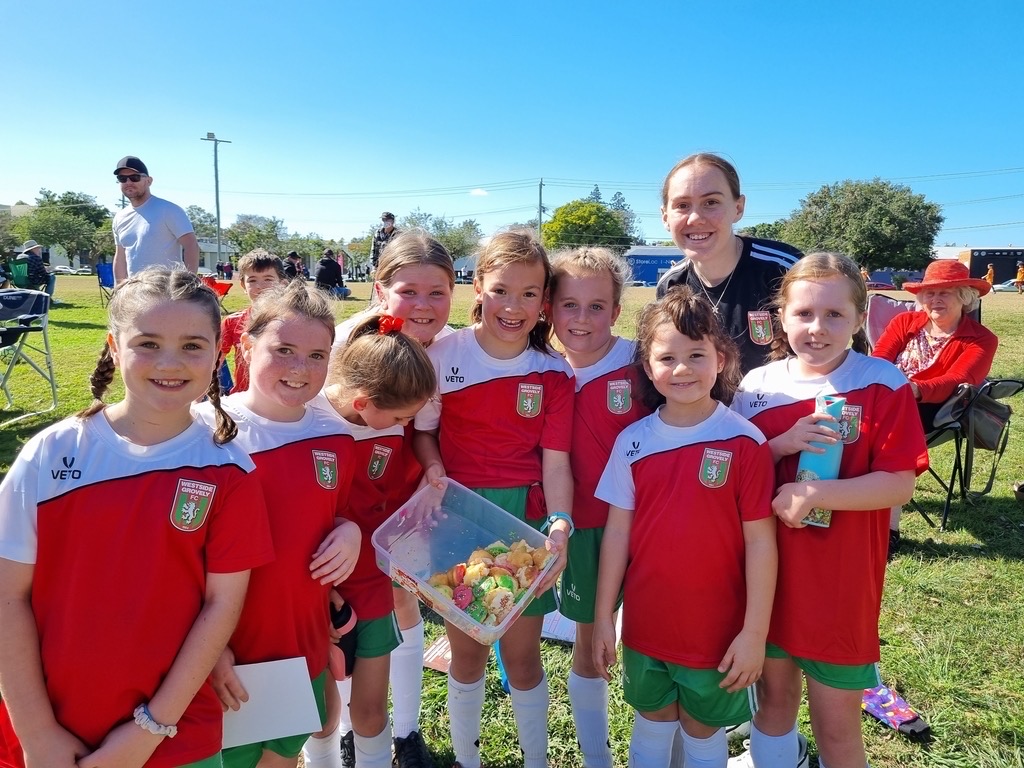 It was a quieter weekend down at Westside for Round 12, with only our U6 to U8 teams playing at home. Our U9s to U12s were all on the road and played some tough games with mixed results.

Saturday’s Game was a tough one against Mitchie’s Canberra Team.

The Geckos played hard and took many shots on goal, but unfortunately couldn’t quite get enough goals to keep up with the opposition.

Player of the Day Awards went to Levi & Bailey for good running and great effort throughout the game. 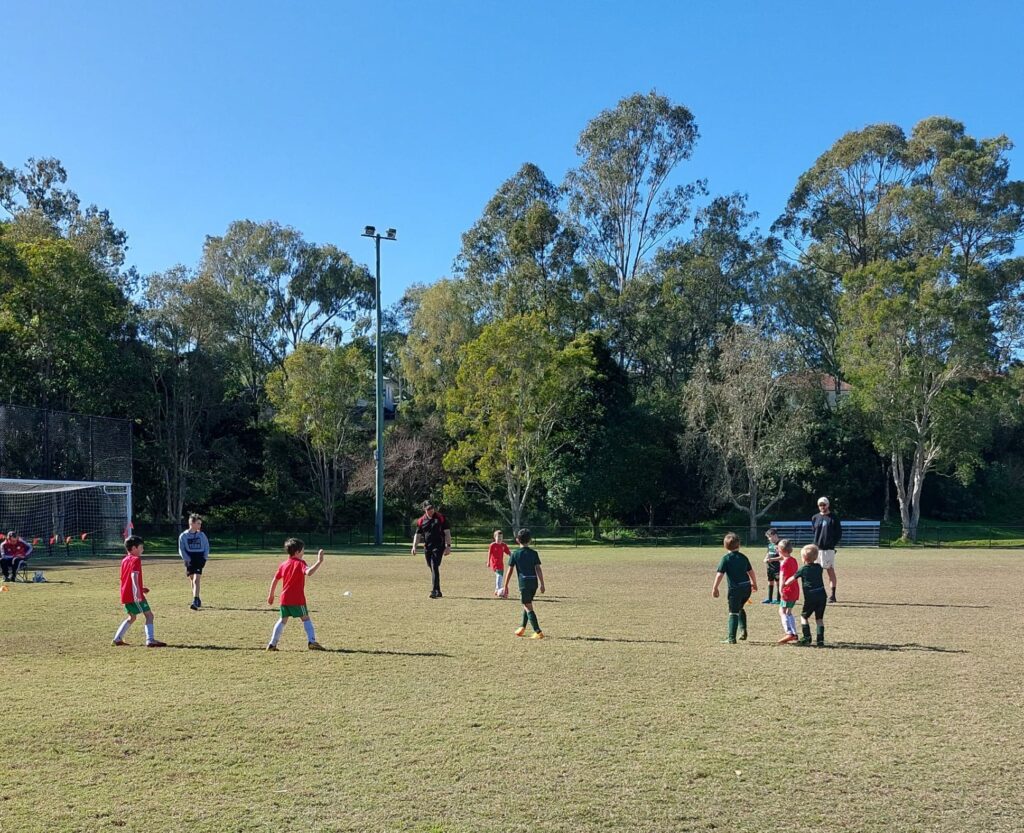 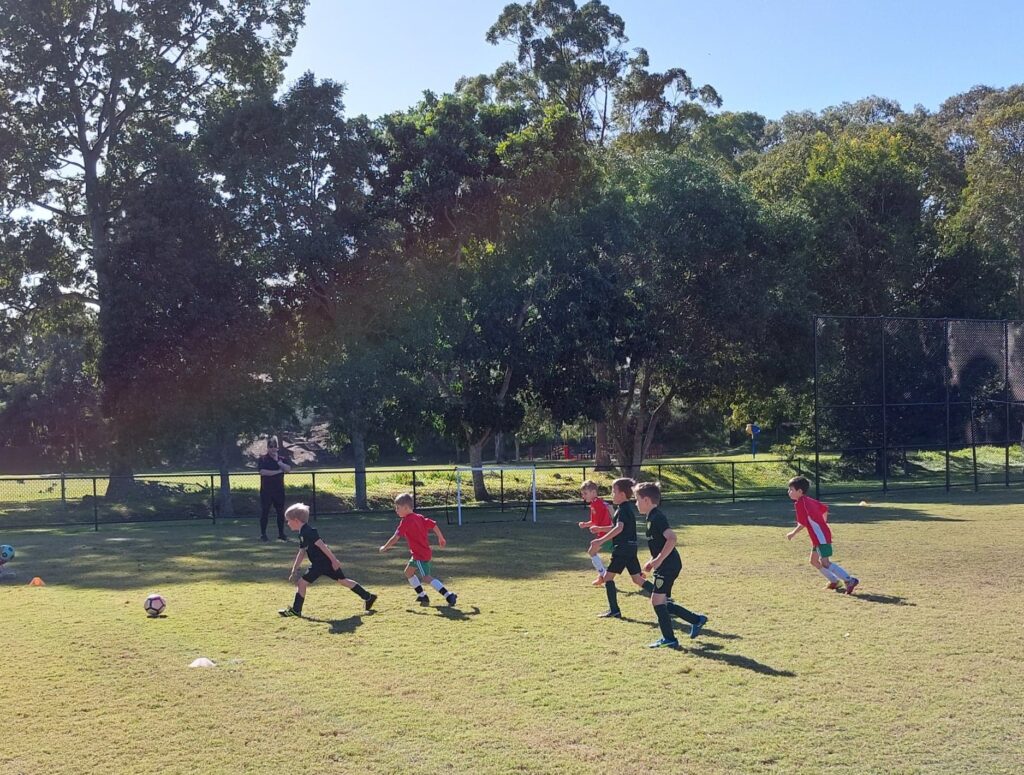 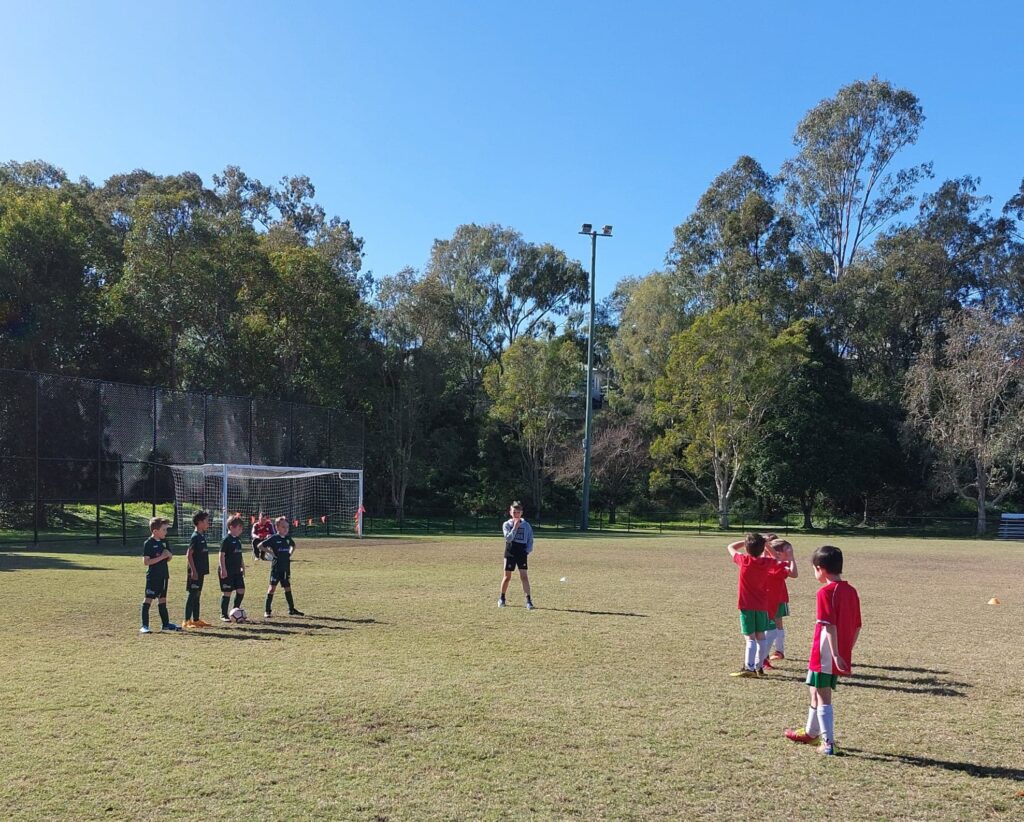 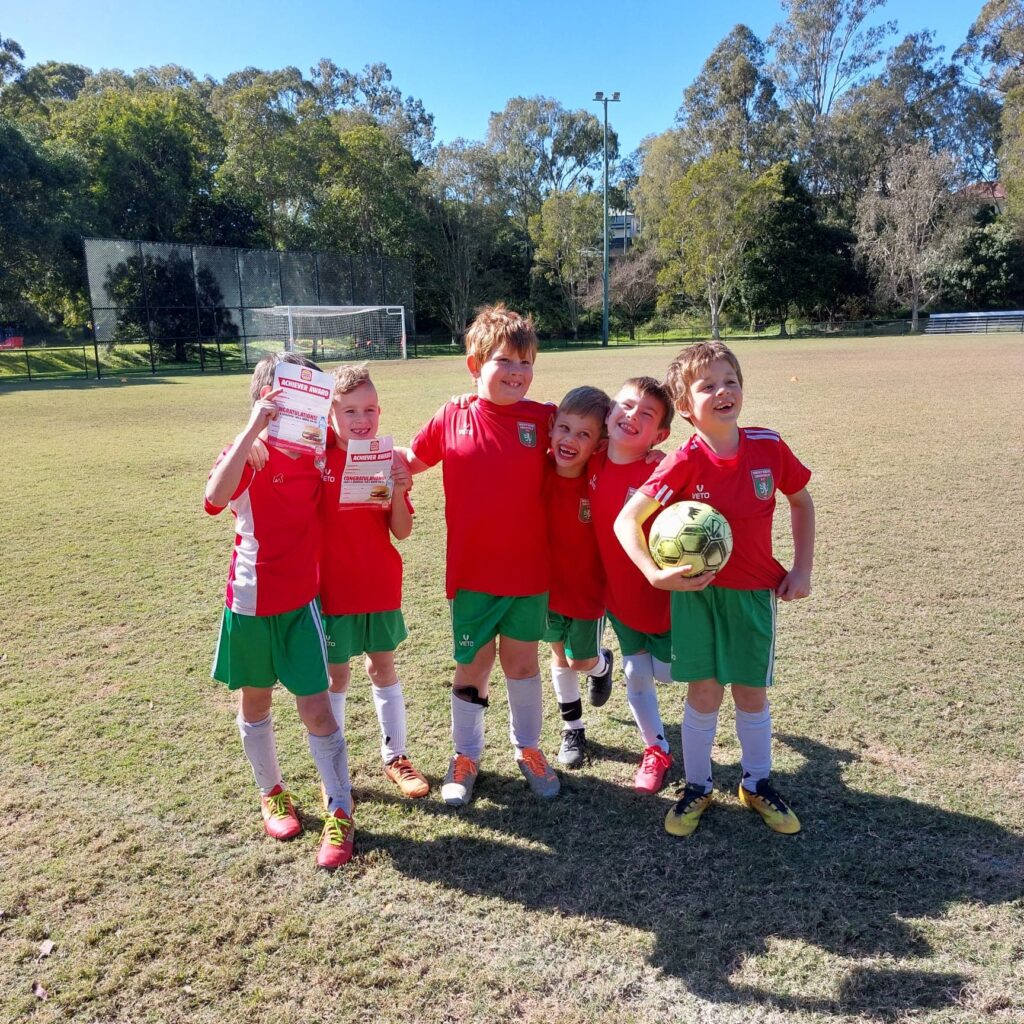 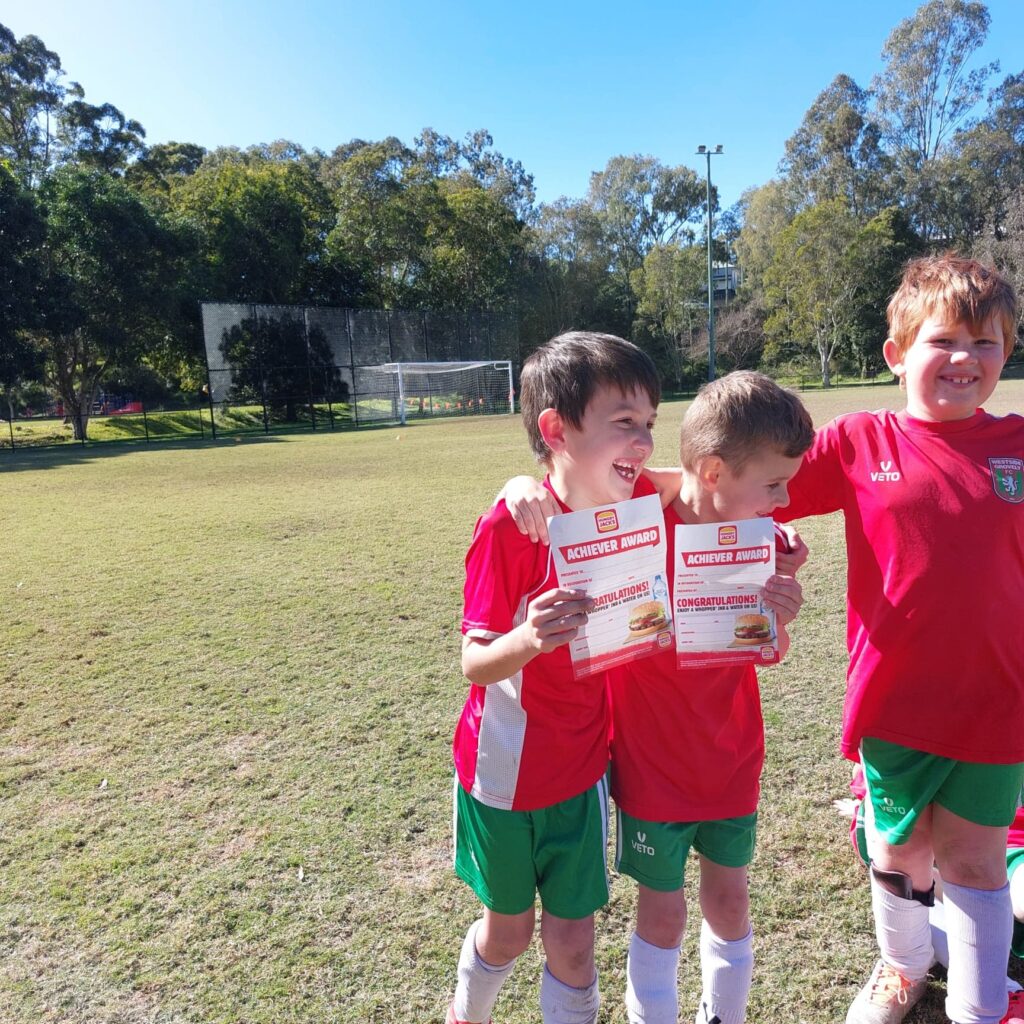 Coming off a rare loss the week prior, the Bees sharpened their stingers to host Pine Hills United on a perfect morning for football.

Things couldn’t have started better for the Bees when within the first 5 mins a lazy goal kick from Pine Hills presented an alert Woody with a great opportunity in front of goal which he slammed home. Max jumped for joy on the bench, while Ben smiled knowingly from our goal at his opposite, and the boys got around Woody to celebrate.

The game immediately settled into an arm wrestle, as both teams had chances. Harrison was a rock in defence, denying some breakaway Pine Hill raids. Will drove a long-range shot at goal, which looked sure to score, but a Pine Hills hand denied him. Eddie, James, Archer and Ollie all toiled through the middle chasing down Pine Hills attackers, and producing some nice quick throw-ins.

1-0 at the half-time mark, and off came the Bees for their oranges. Not regular oranges this week, nor blood red oranges, something in-between, which seemed to confuse their fussy Bee noses.

The second half got underway, and Max starting on the bench decided he’d offer some more positive support from the sidelines, this time in words he may have heard from the Manchester United Bay in Melbourne the week prior! His mother may have blushed, but his teammates sensed the passion and lifted!

Some great passes to Ollie and Woody just fell short in front of the goal. James with a couple of little runs, Archer, Eddie, Will and Harrison with solid defence. But it was an accidental Bee handball in the box which appeared to change the game. Pine Hills stepped up for a penalty, and Ben after extra goal-keeping practice during the week steadied himself in anticipation… the crowd fell silent … Pine Hills ran up to strike… but decided to pass instead! The ball bobbled around as players ran back into the box, and Ben eventually had it saved! The crisis of our first-ever penalty was over! And maybe a new grey wiggle was born…

As players began to tire, the game finished at 1-0. Excellent Bee’s defence was the difference against a very competitive Pine Hills. Next week we fly to Samford.

Player of the Day awards went to:

Ben – significant improvement on goal kicks and positioning in goal, and a fantastic penalty save!

Woody – lots of heavy tackles, hard running near the goal, and awareness to grab the winning goal. 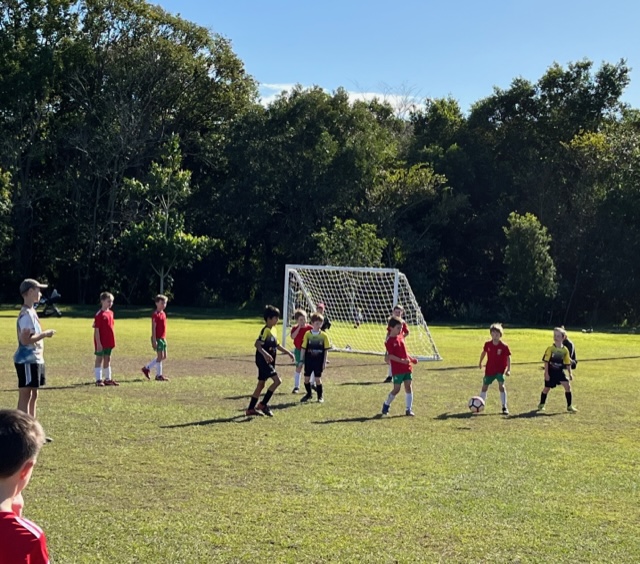 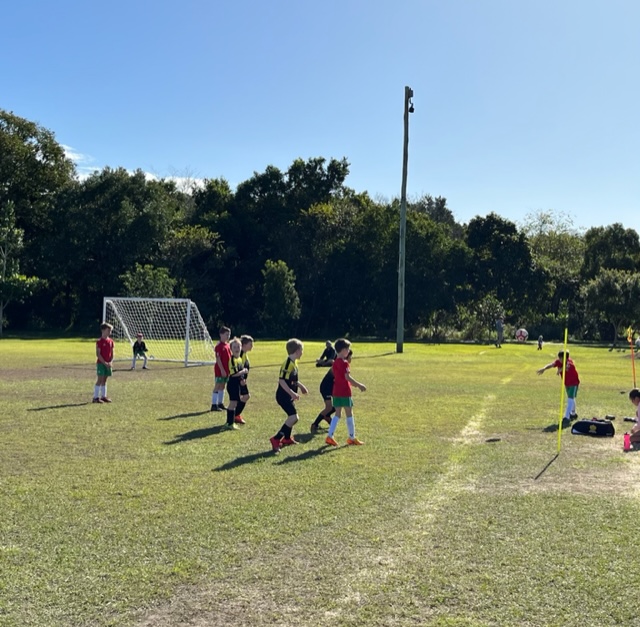 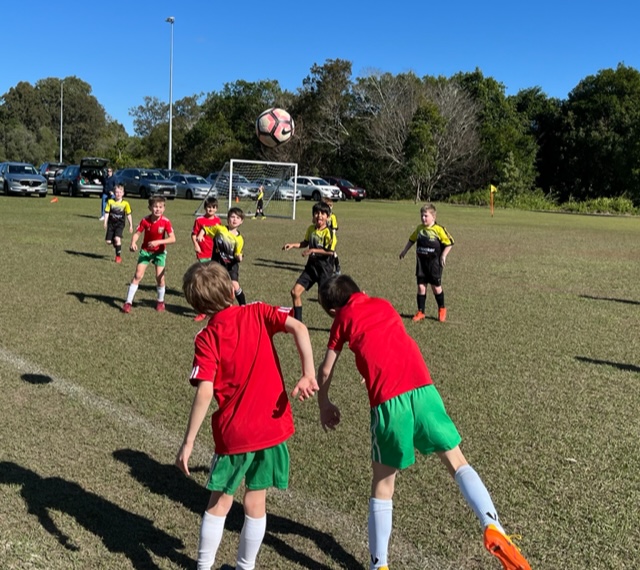 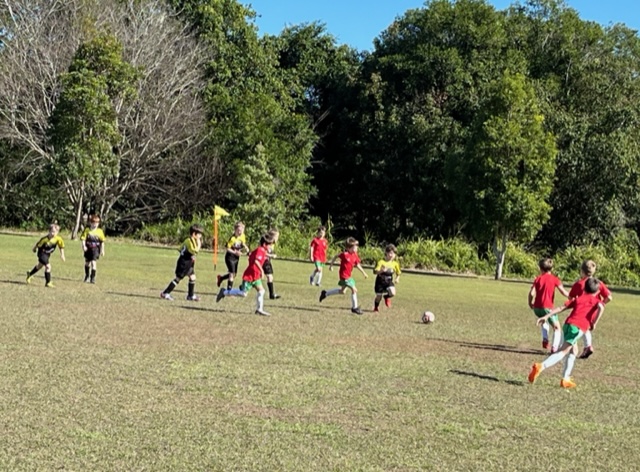 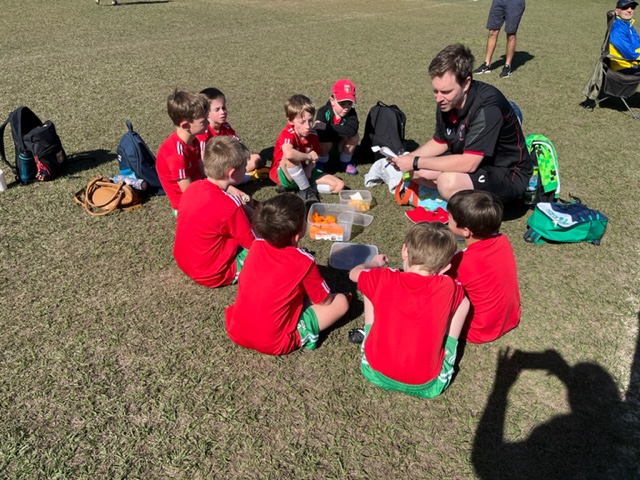 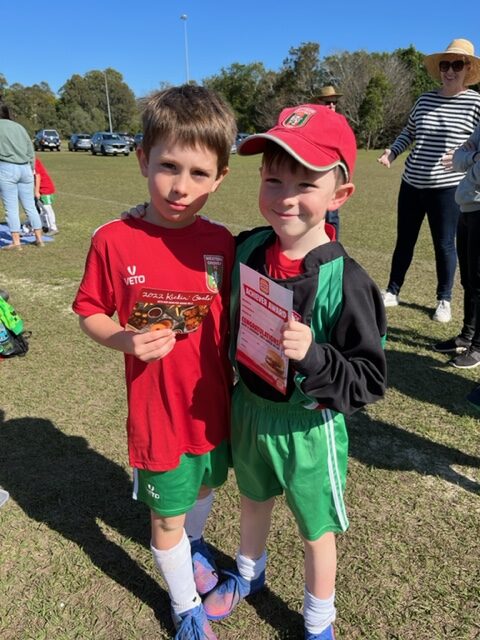 The Hornets were one of the few games on Field 2 this weekend at Westside taking on the Newmarket Cosmos.

We would have thought the boys would be excited to get back onto the pitch after having the wash-out the previous week at the Grange – however, they just couldn’t get into any rythym throughout the entire match.

In the earlier season match against the Cosmos at Newmarket, the Hornets were able to come away with a solid win, however, the Cosmos got their revenge this week with a well-deserved 2-nil win, scoring both goals in the first half. Not even the halftime fruit break could get the Hornets back their sting!

Some positives from the game were the boys spread out across the field whilst the Cosmos were all bunched in the middle. We have been working hard on this at training, along with the Hornets really working on getting passes to their teammates in space.

Coach Shane left a couple of awards at home this week, with the two HJs Player of the Day awards going to Archie & Fitzy for their continual effort mainly through the middle of the field. We will have plenty of ‘Kickin Chicken’ awards up for grabs next game. 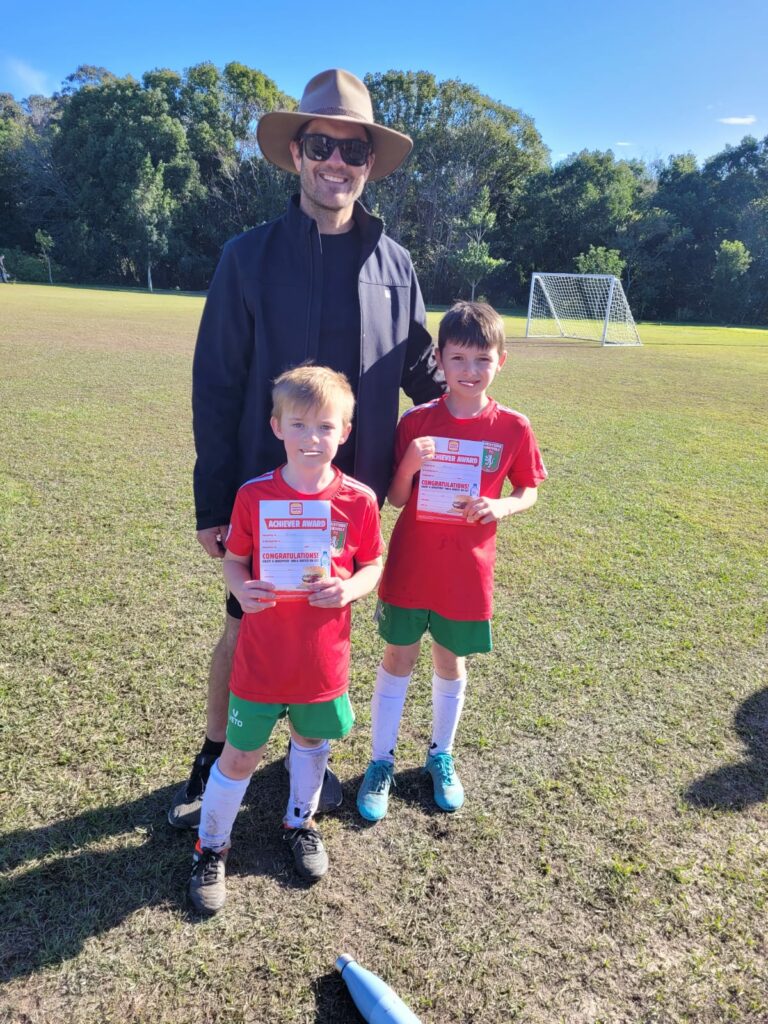 A tough game for the Brumbies this weekend but they played another awesome game.

Newmarket managed to put one away in the last 5mins meaning an unfortunate 1-nil loss for the Brumbies in the end.

The girls are continuing to show so many skills with their passing, formations and teamwork. There was not much to fault them for this week.

Player of the Day awards went to Amber for showing lots of awesome teamwork and passing, and Ruby for playing super well as striker and having lots of opportunities on goal.

Good luck back at home next week Brumbies! 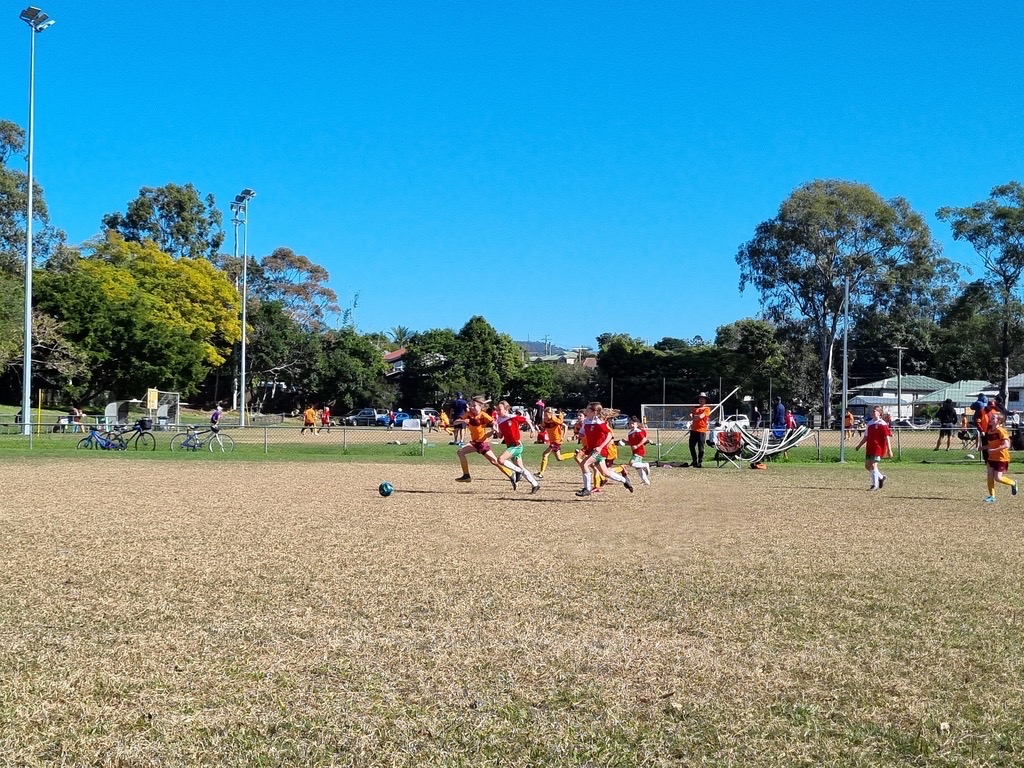 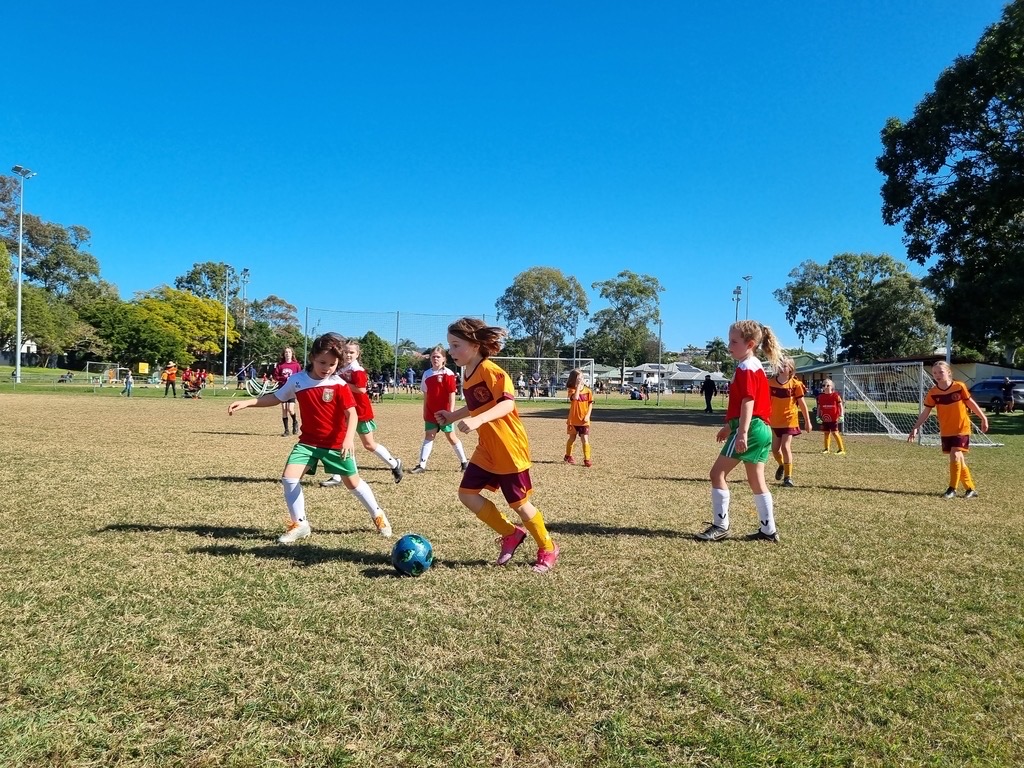 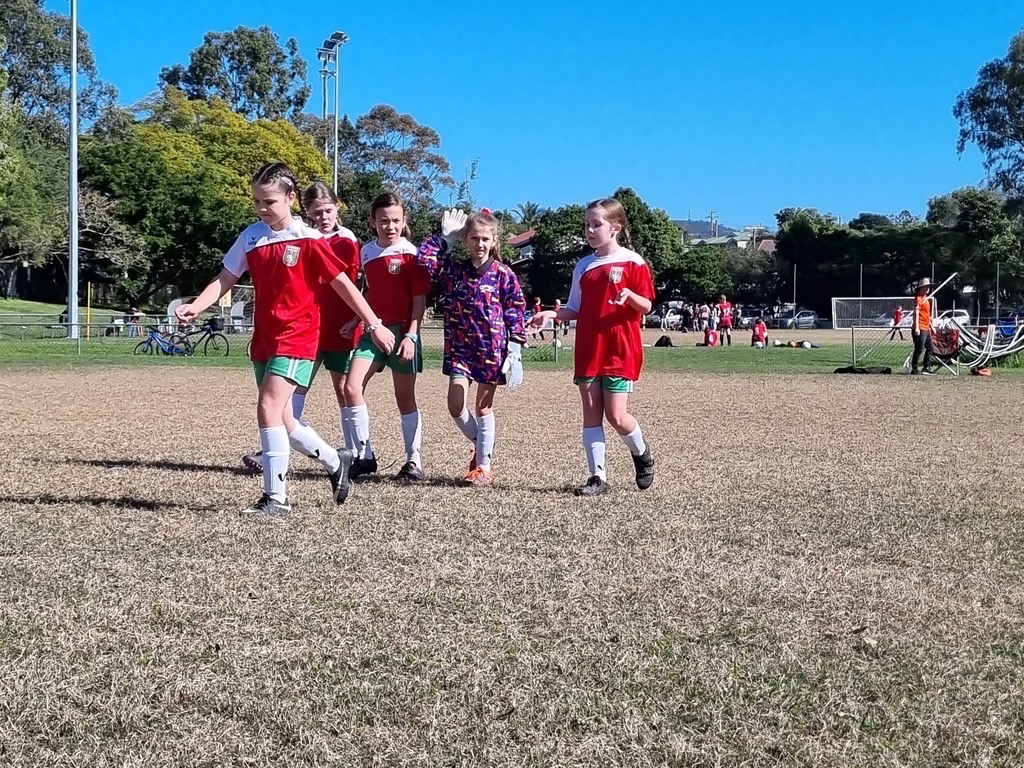 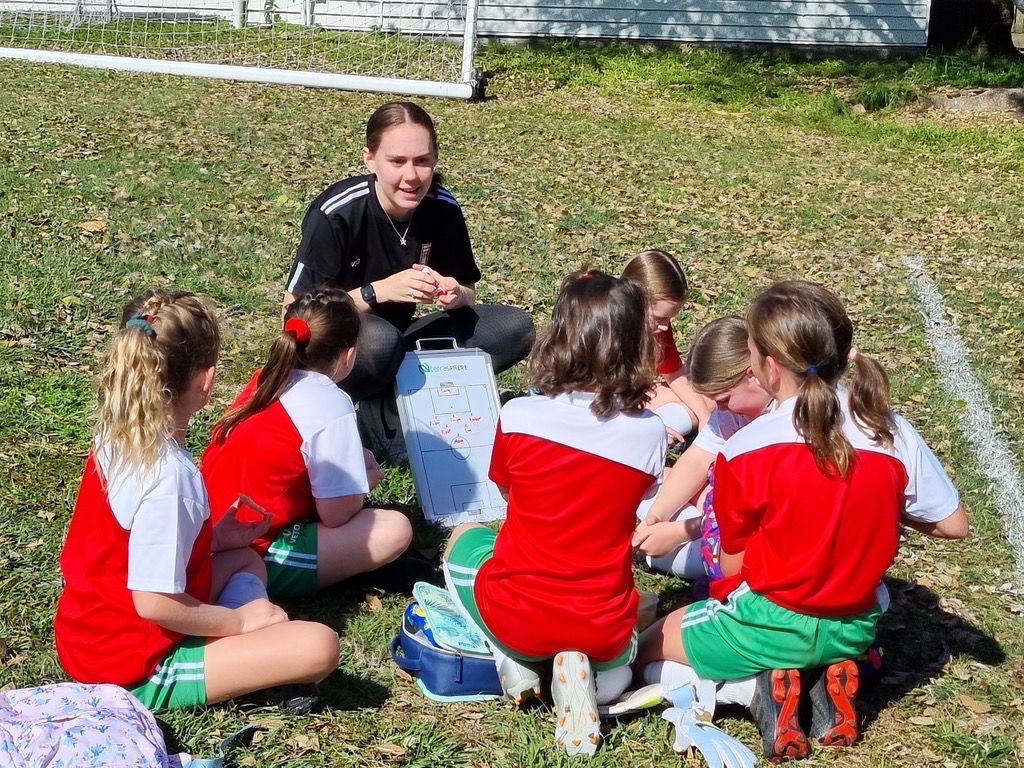 With not a drop of rain all week, the Dingoes were excited to be playing away at the Gap.

This week saw us down a couple of Dingoes, but the remaining 7 took the field with vigour and ran their hearts out for the full 40 minutes.

It was pleasing to see some great team shape and interplay throughout the game – Noah and Leo were again tough to get past in defence and were instrumental in starting our attacking phases.

Will in goals played his reliable best, throwing his body at everything and some of his distribution from goal kicks putting us straight back on the attack.

Our midfield trio of TJ, Magnus and Toby were all attacking threats, causing havoc and with great vision finding Brax up top as our stand-alone target man / mobile striker.

The Gap did enough to frustrate us for the majority of the game but goals to Braxton and Toby saw the Dingoes take the chocolates with a 2-1 win.

The ‘Kickin’ Chicken’ Player of the Day went to TJ. Playing the quintessential box-to-box midfielder role, he was everywhere on the park and firing in perfect corners when called upon.

The Zarraffas training award was presented to Magnus for his great attitude and determination in our sessions. 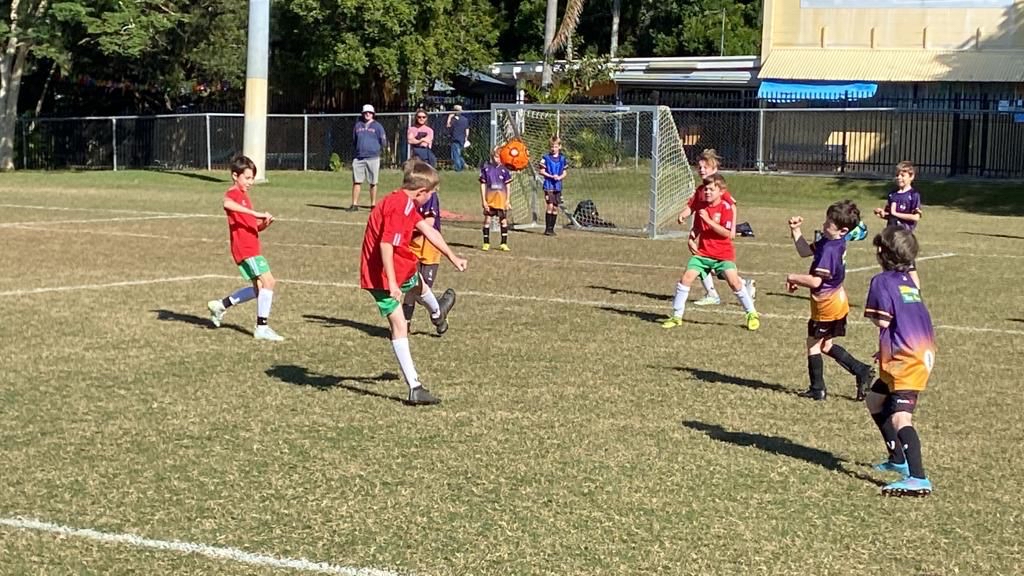 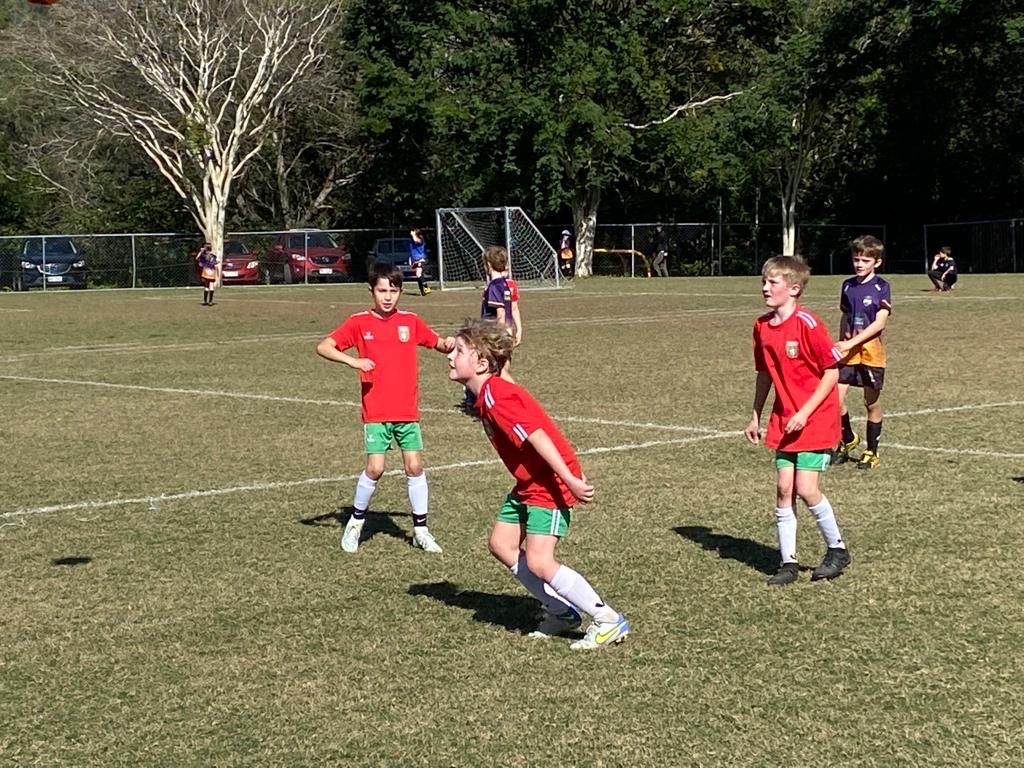 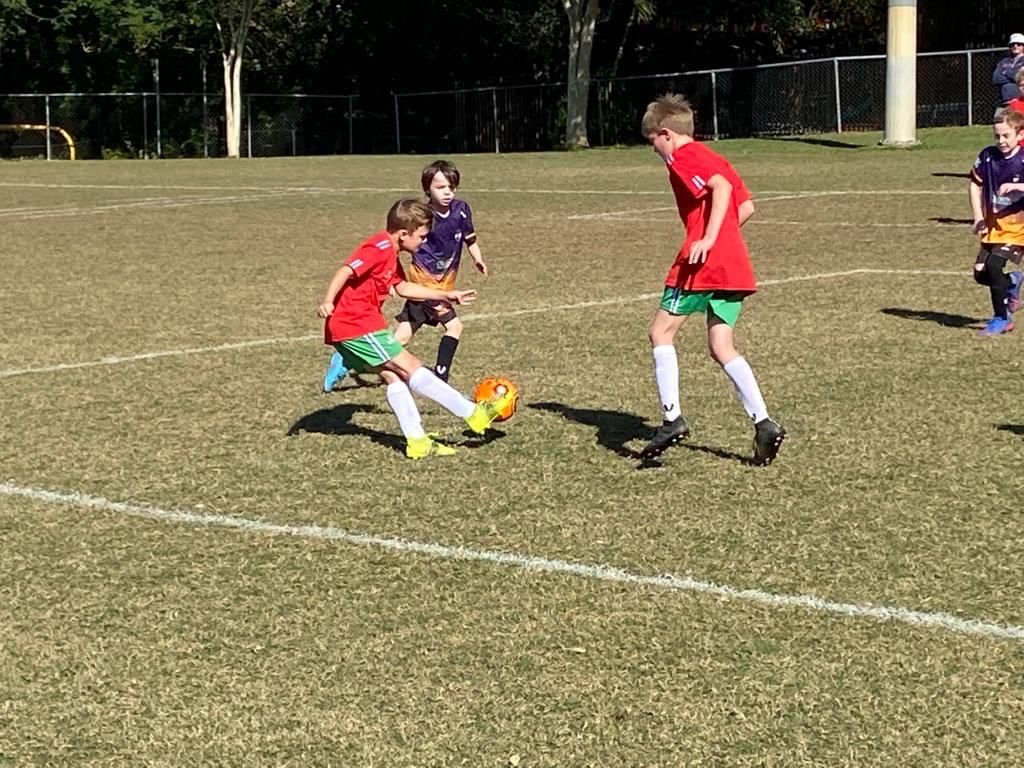 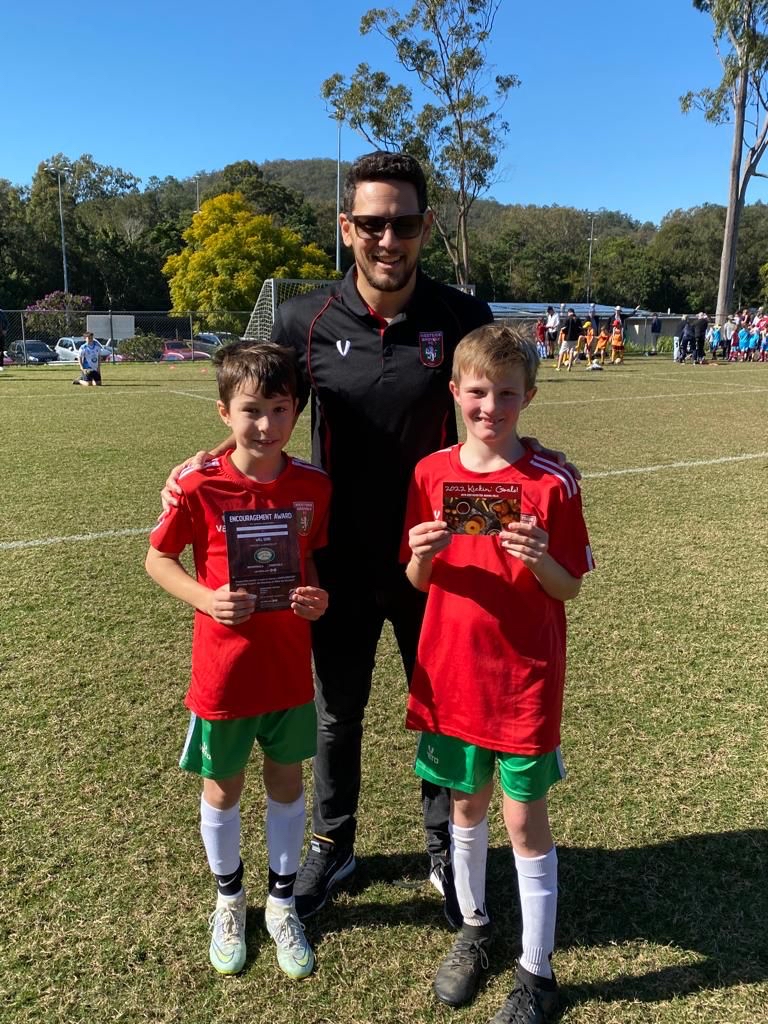 This weekend’s game saw our Warriors travel out to Pine Hills in a game that could’ve gone either way.

Two goals from Rhys saw us go in 2-all for the majority of the game. Unfortunately, through some great play from Pine Hills, the Warriors couldn’t seal the victory.

As always, the Warriors have continued to improve their game each week and the Player of the Day awards this week went to Sam P for excellent performance across the park in different positions and to Flynn who as always helped our midfield defensively and provided a number of threats with the ball at his feet in attack. 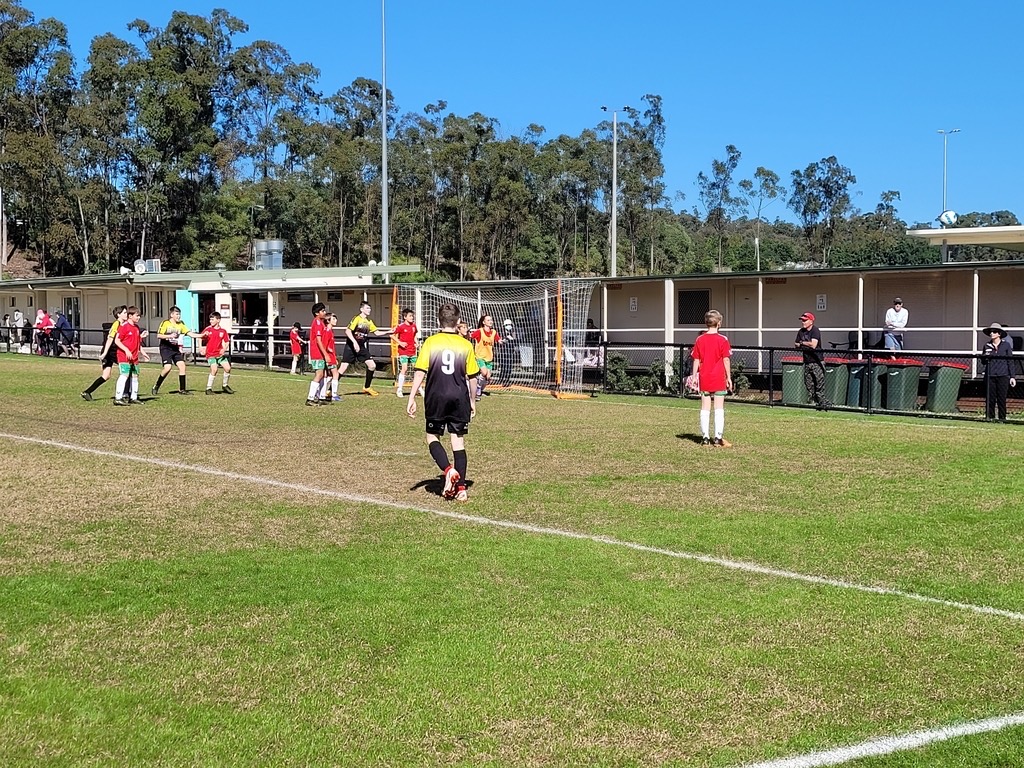 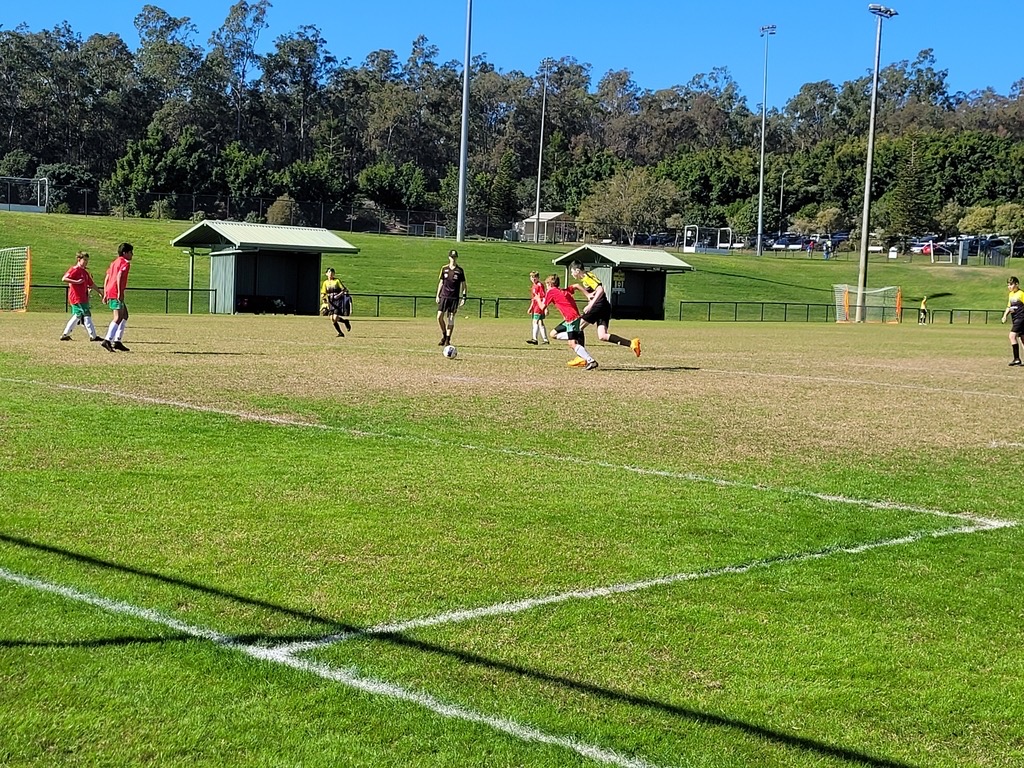 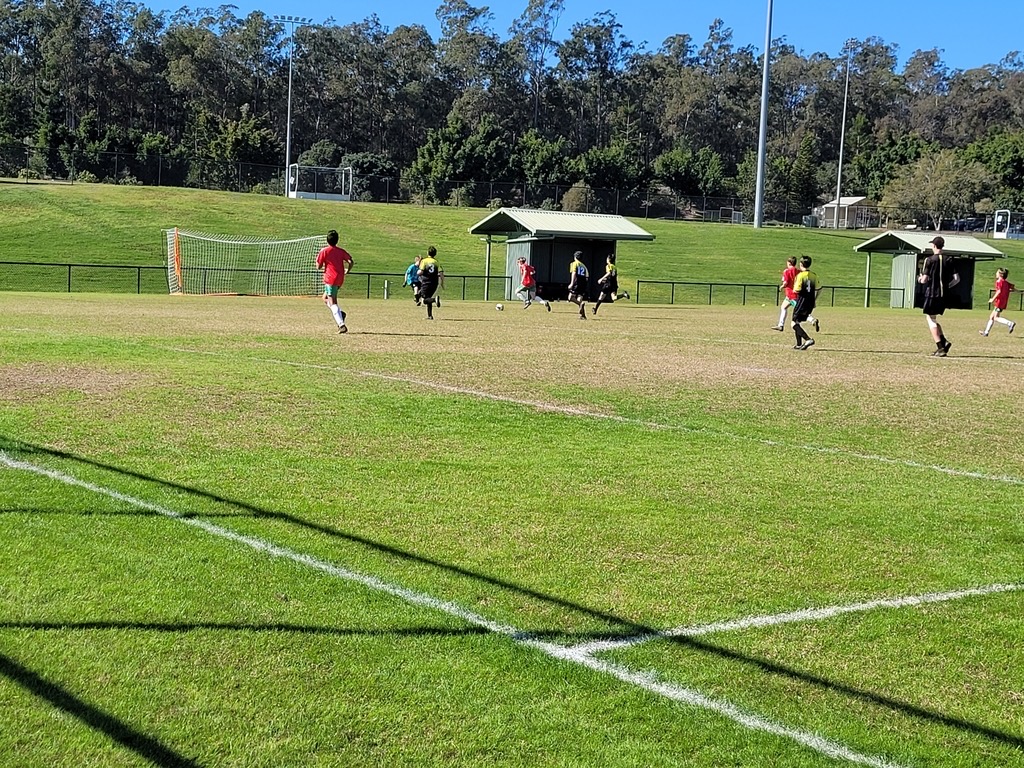 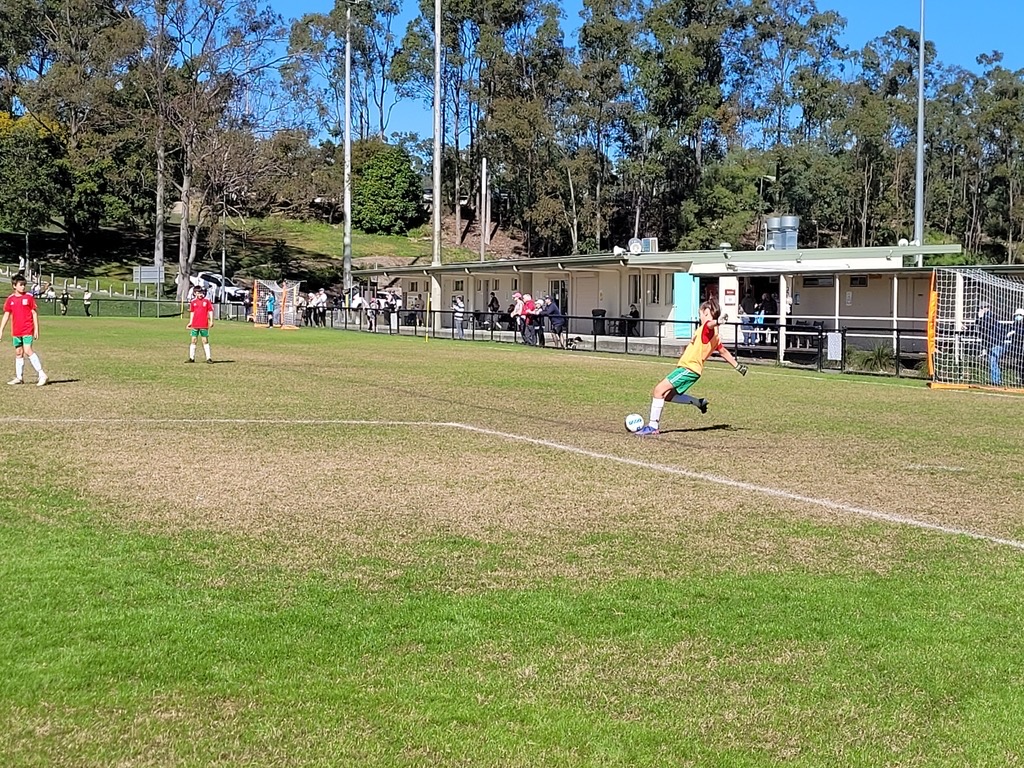 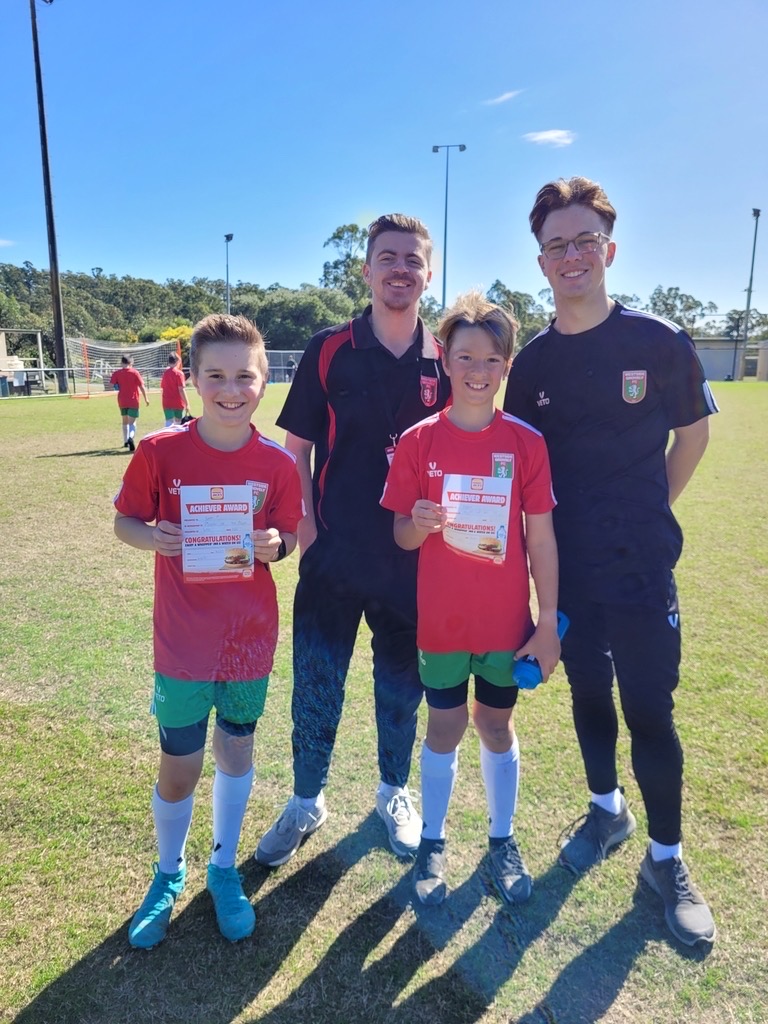 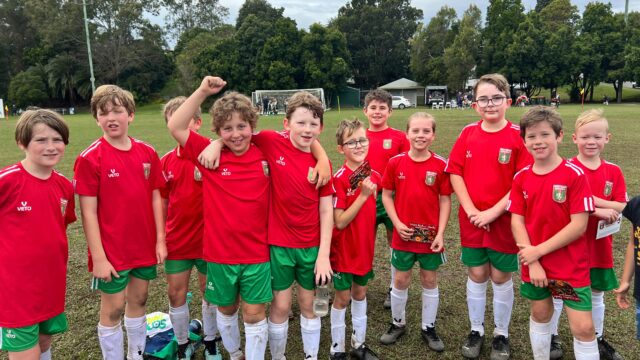 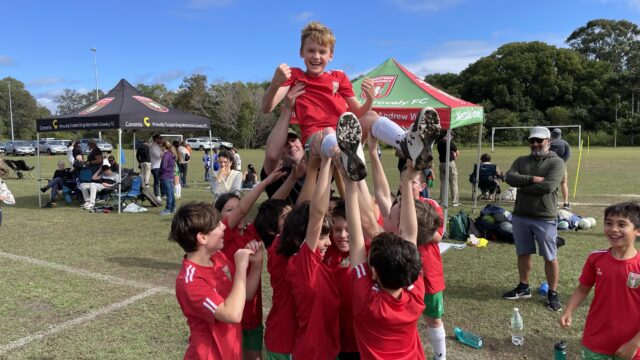 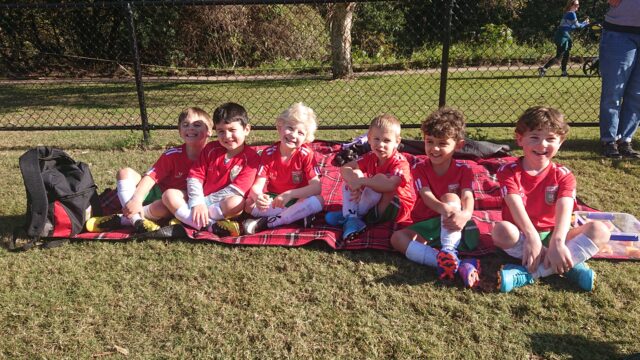 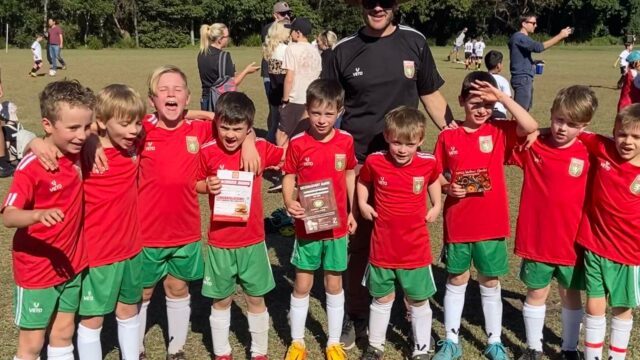